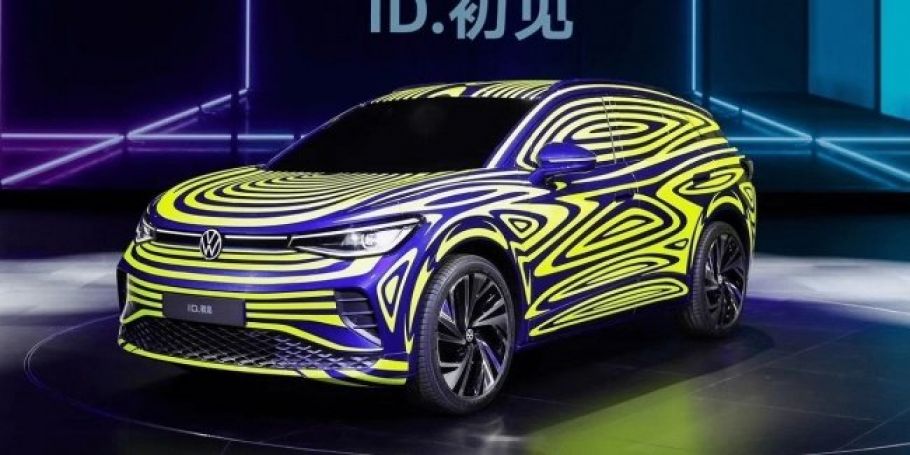 The ID.4 electric crossover will be built on the MEB platform, and it will become a serial embodiment of the Crozz concept.

Volkswagen will unveil its first mass-produced crossover with an electric powerplant called ID.4 at the New York Auto Show in April. It is reported by Autocar with reference to a representative of the German concern. However, sales of new items in Europe are likely to begin next year.

The crossover will be built on the MEB platform, and it will become a serial embodiment of the Crozz concept. In addition to versions with one electric motor, the car will be offered in four-wheel drive versions with two power units mounted on each axis.

Externally, the novelty will not be much different from the prototype, which first debuted in 2017 at the Shanghai Motor Show. The overall length of the concept was 4625 mm, width - 1891 mm, and height - 1609 millimeters. The size of the wheelbase is 2773 millimeters.

Last year, the heavily camouflaged ID.4 was shown at the Frankfurt Motor Show. The company claims that the interior of the car will be comparable to the Tiguan Allspace. Later, the ID.5 electric coupe-crossover will appear in the Volkswagen green line. In total, by 2025, the Germans plan to launch in a series of over 20 cars with electric power plants.

The first serial German electric car built on the new MEB platform was the ID.3 hatchback. This car will appear at dealerships in the middle of this year. The five-door hatchback uses special flat batteries that are located under the floor of the car.

The electric car will be offered to customers in three versions: with batteries of 45, 58 and 77 kWh, which will allow you to drive 330, 420 and 550 km without recharging, respectively. Electric motor power is 150 and 204 horsepower. The maximum speed of the basic version of the machine is 160 km per hour.